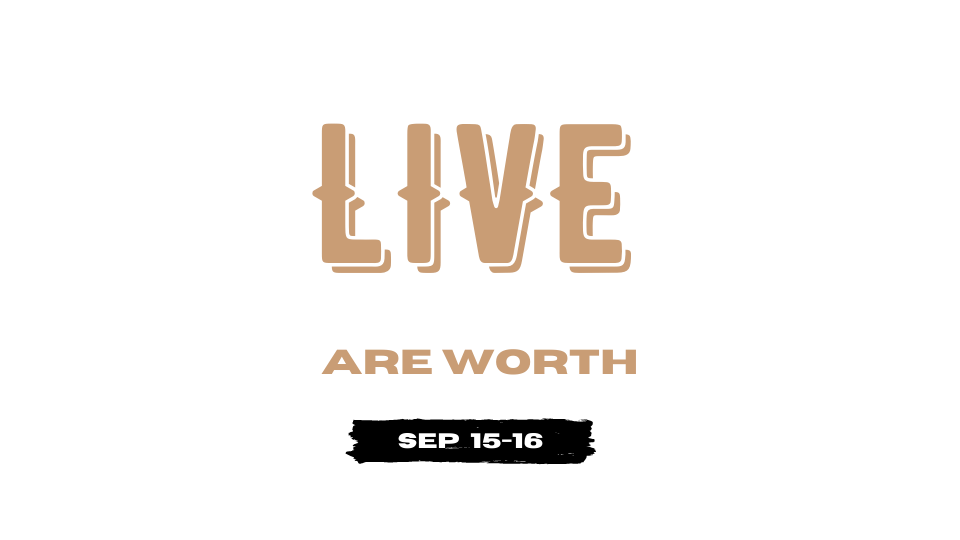 Are you a fitness professional looking to grow and scale your business?

Do you want real-world advice and strategies from those who are actually making waves in the industry?

Do you want to rub elbows with some of the best and brightest fitness minds and light a fire under your purpose and passion??

If so, Fit Pro Collective LIVE is for you❗️

This two-day experience features world-class speakers, industry titans, practical applications and strategies, abundant mindset training, and all the motivation you’ll need to go out and get what you’re worth.

Join us September 15-16 in Dallas, TX for this incredible opportunity to be in the room with like-minded fitness professionals who are looking to make a greater impact!

-Attendees at Fit Pro Collective LIVE can expect to receive mindset training to expand their vision.

-Inspiration from those already excelling at high levels in the fitness industry.

-Practical information that can be taken back immediately and implemented to grow and scale their business.

-FUN! Dammit, we're gonna have some fun and make this an event to remember😃 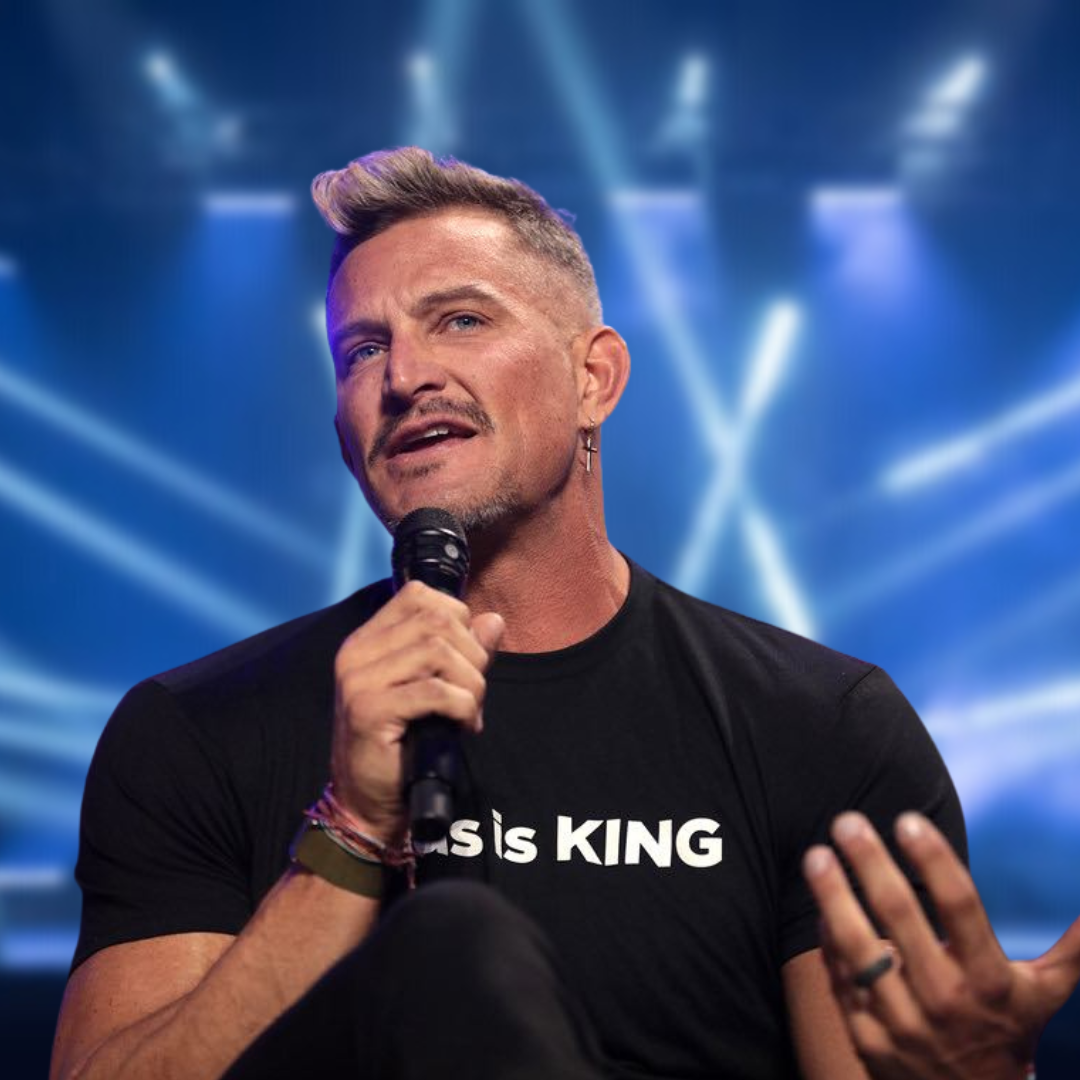 After a record Breaking 10 years NFL career Steve has made it his mission to connect, inspire, coach, and empower others to live an abundant life.

Retiring from the NFL, Steve founded Veritas Labs, a rising supplement line, and Weatherford Fit where he truly Believes taking care of oneself allows us to best serve those around us.

In 2014 Steve was nominated for the NFL Walter Peyton Man of the Year, Which recognizes NFL players for excellence on & off the field. Steve's also been named NFL's Fittest man, been featured on the cover of Muscle & Fitness, and been a Sports broadcaster with Good Day New York, ESPN SportsNation, NFL AM, & Sports Illustrated.

Steve is in the midst of writing his first book which he plans to share his radical story about redemption and his game plan for the reader to live a High-Performance Life. 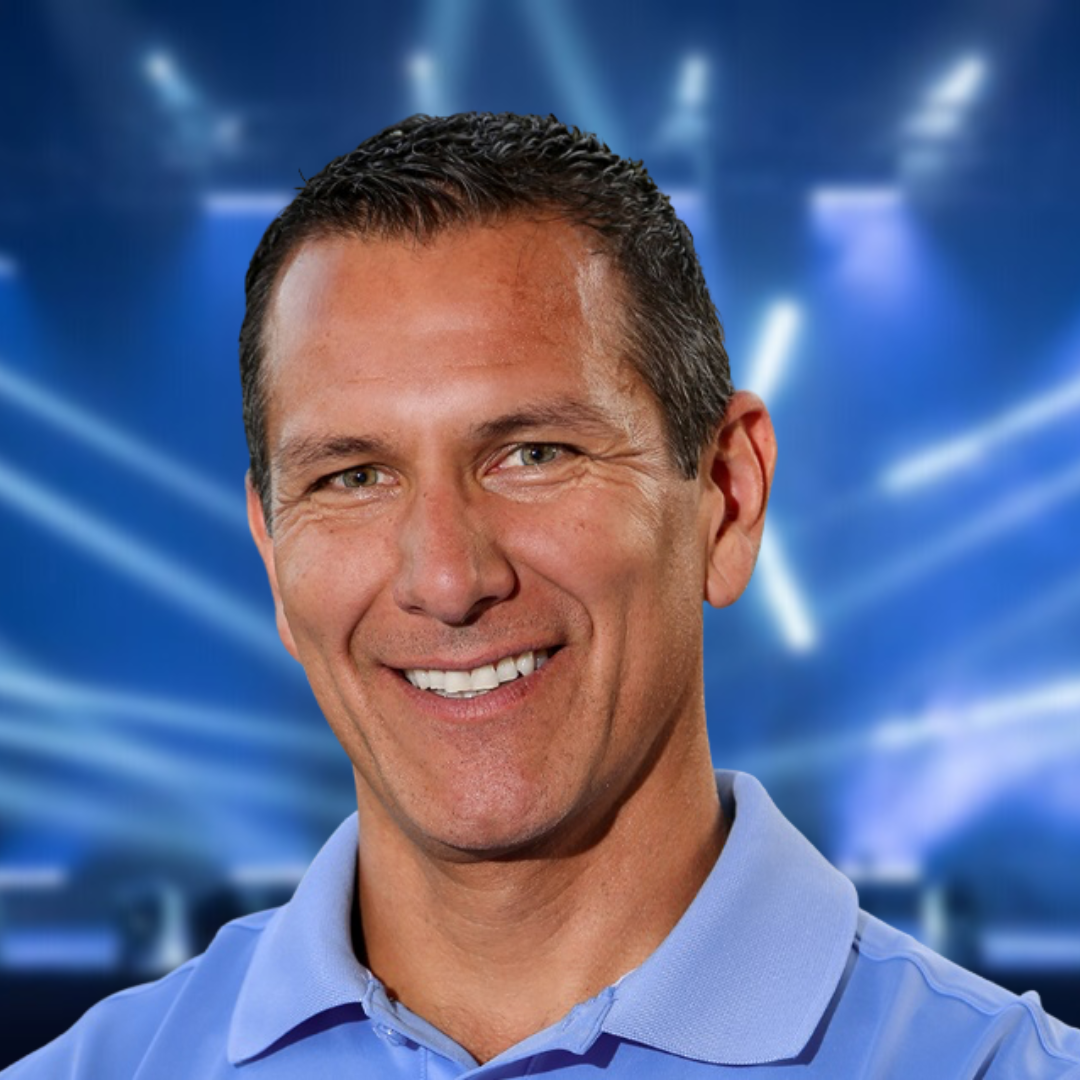 Dan has over twenty-six years’ experience in training and training management including being a health club owner and the Fitness Director for two large multi-use health clubs where his teams grew revenue exponentially. Prior to working in the private fitness industry, he worked in law enforcement for the state of California for twenty-two years where he ultimately managed statewide training for over 400 law enforcement officers and 200 trainers, including being the director and an instructor at a state police academy and adjunct faculty at several colleges for topics including physical fitness. Dan is an ultra-triathlete, having completed several Ironman’s, two Double Ironmans in under 36 hours and a Triple Ironman in under 60 hours and a quintuple ironman in under 5 ½ days. 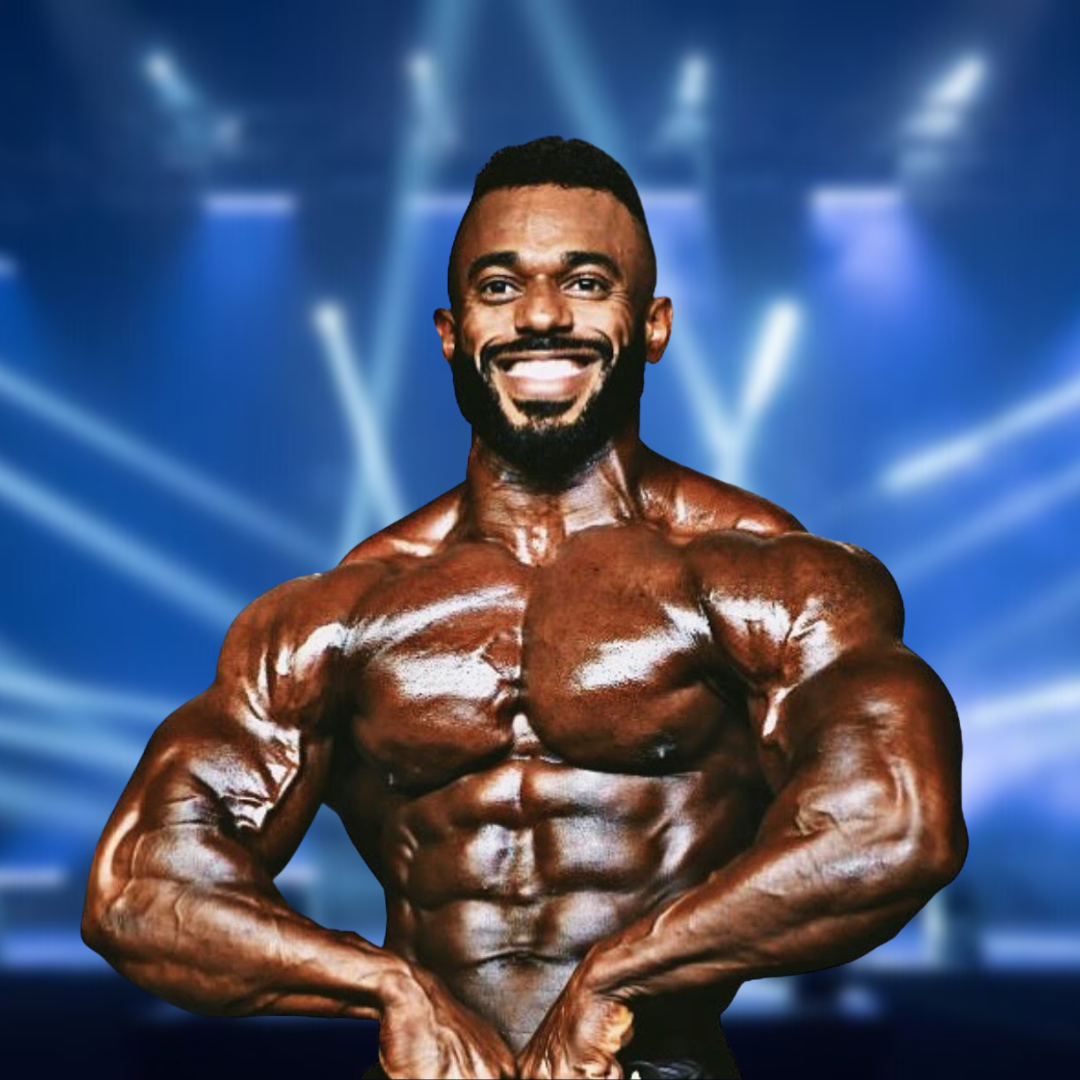 Tony Taveras is currently the Executive Vice President of sales for arguably the top residential insurance roofing company in the nation, Linear Roofing & General Contractors. Tony has been featured on a National TV show "No Demo Reno" on HGTV as a General Contractor. He has over 14 years of sales and management experience, recruiting, training and developing sales forces throughout the fitness industry and roofing industry. Tony is also an IFBB Classic physique pro body builder who has competed at the Arnold and Olympia the two biggest shows in the sport. A single father to his beautiful daughter Ziva Amor. The driving force in his life is lifting others up and showing them that anything you put your focus on you can accomplish. He believes manifestation powers are real and they are achieved through massive action. Top 3 books he basis his foundation on 1) The Alchemist 2) 4 & 5 Agreements 3) Untethered Soul 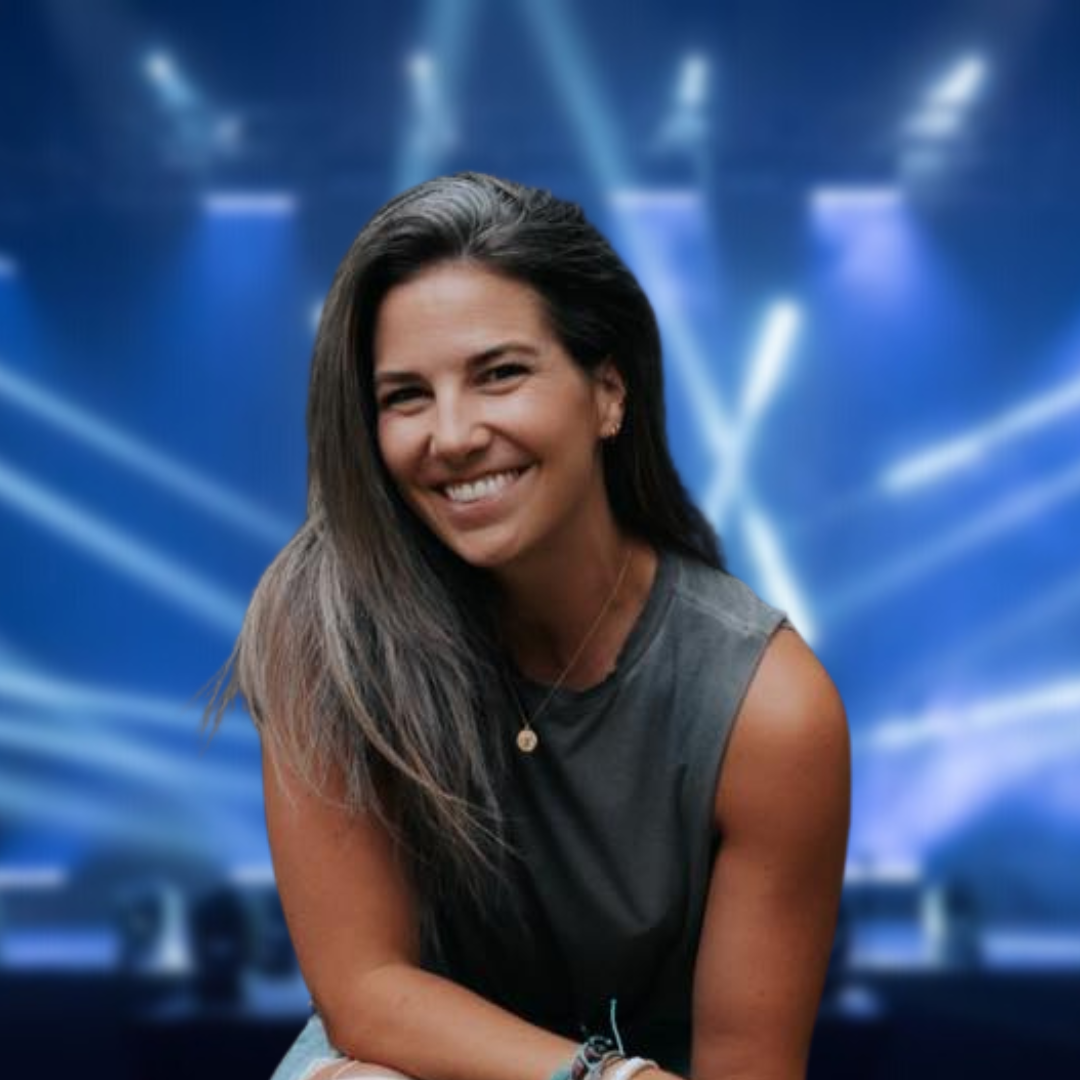 Kirstin Smith believes good health and fitness isn’t just about diet and exercise; it’s about becoming 1% better each day. This approach has allowed her to help busy women and moms achieve their goals and regain the self-confidence they haven’t felt for years. Nowadays, you’ll find her leading homeschool lessons from the kitchen table, or taking the whole family of 6 on the road for RV adventures - all while coaching, serving clients, and encouraging them to become the best version of themselves.

Kirstin Smith’s mission in life is to help as many women as possible reach their full potential, increase their self-confidence, and live a life they truly love. Kirstin works virtually with busy, goal-oriented women who want to maximize their time, lose fat, gain muscle, and improve their mindset. Additionally, Kirstin invests in real estate with her husband, where they own 68 rental properties. Kirstin lives in Houston, Texas and is the mother to four young children, ages 2 to 9. 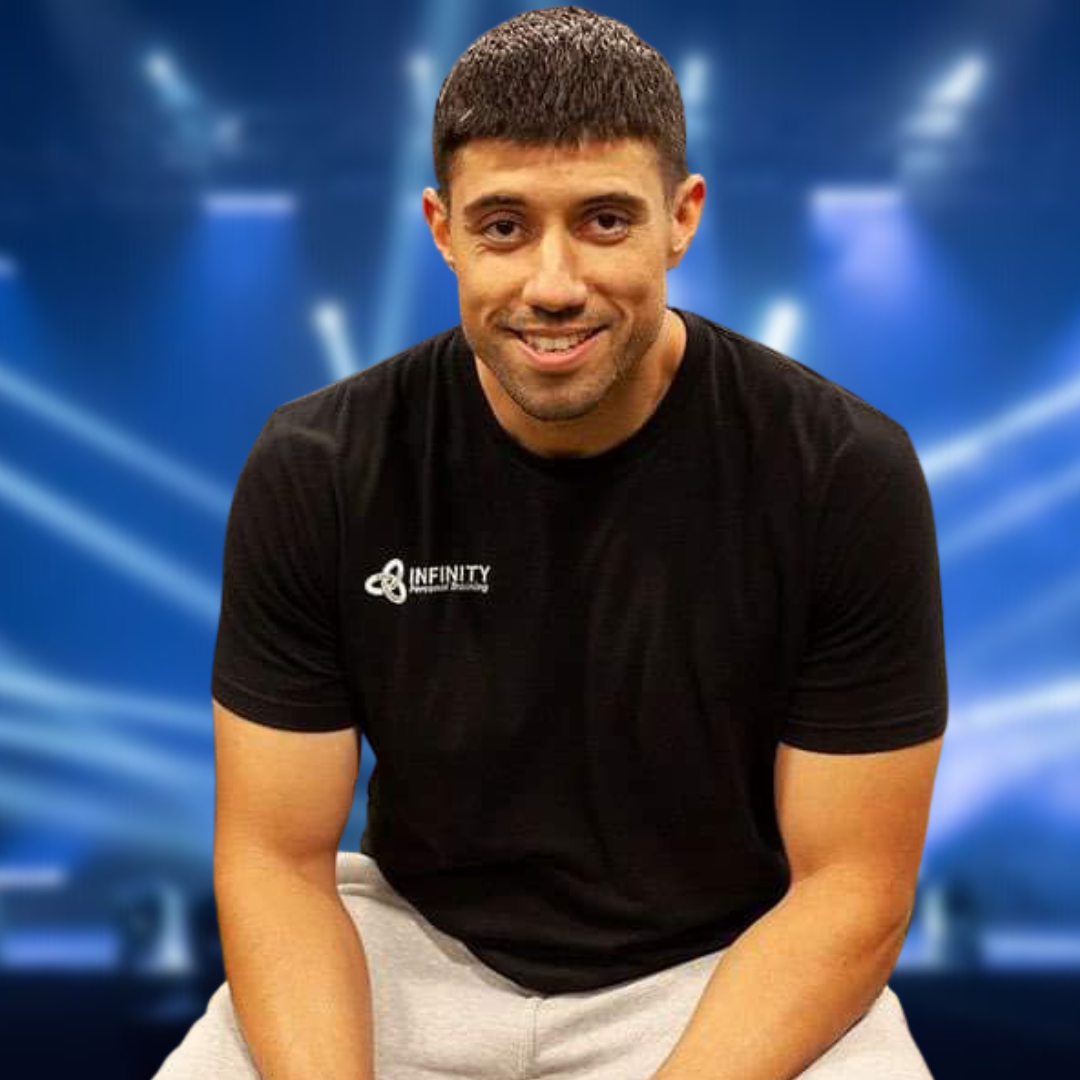 Ray is the owner of Infinity Personal Training, one of the most elite 7 figure personal training facilities in Texas. He has over 12 years of experience in the fitness industry. Together with his wife and team, They have helped transform 1000s of lives through training and nutrition coaching. 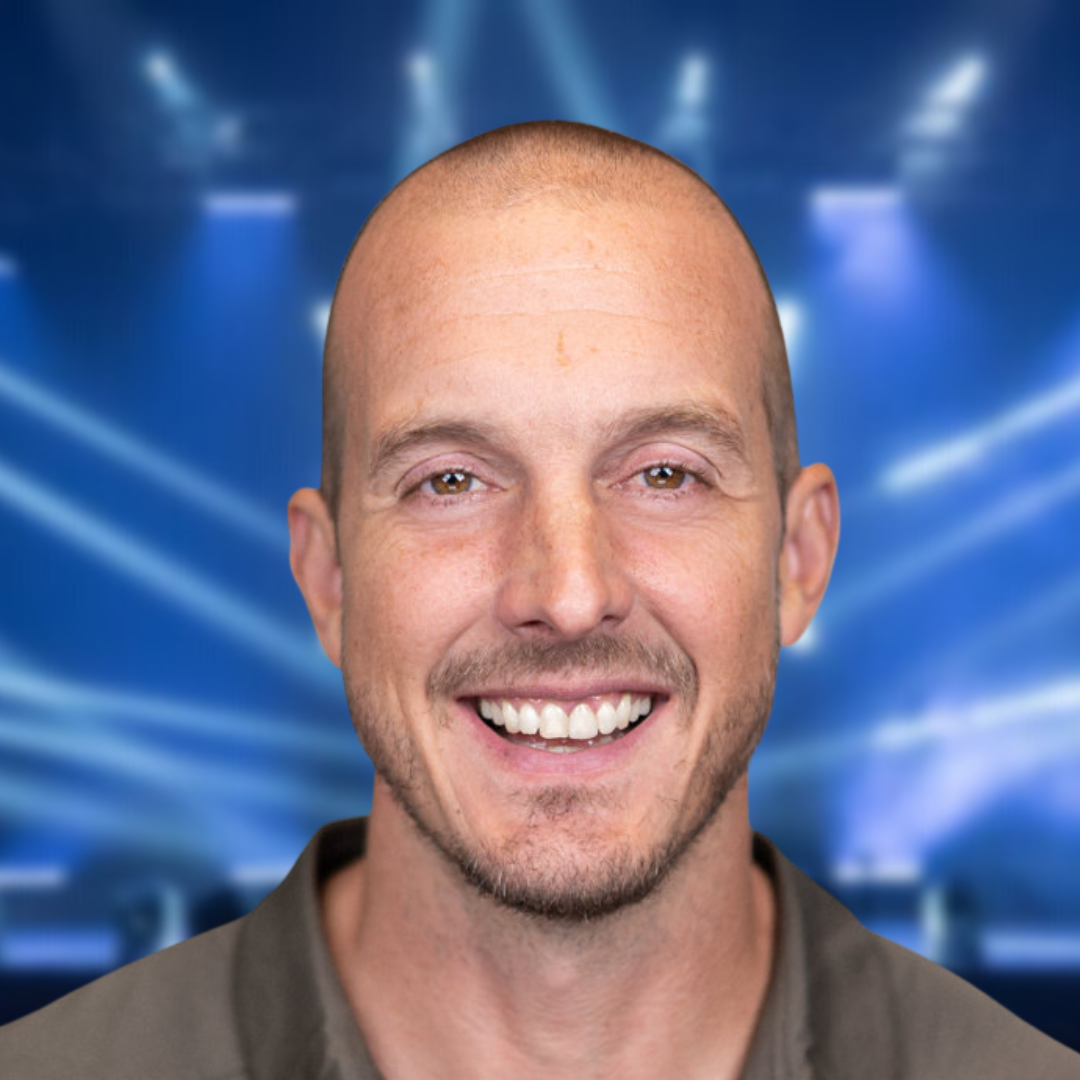 Jeff Smith is a business owner, real estate investor, and performance coach. After leaving a long career for a Fortune 50 company and owning a gym for over a decade he ventured back into real estate investing after a 5 year hiatus.

Jeff has built a personal portfolio of over 40+ BRRRR’s in the last three years and serves as a general partner on a 27 unit apartment value add rehab as well. He’s looking to continue to grow his portfolio in the single family and small multi-unit space.

He is a U.S. Army Veteran, where he served with 2nd Ranger Battalion. 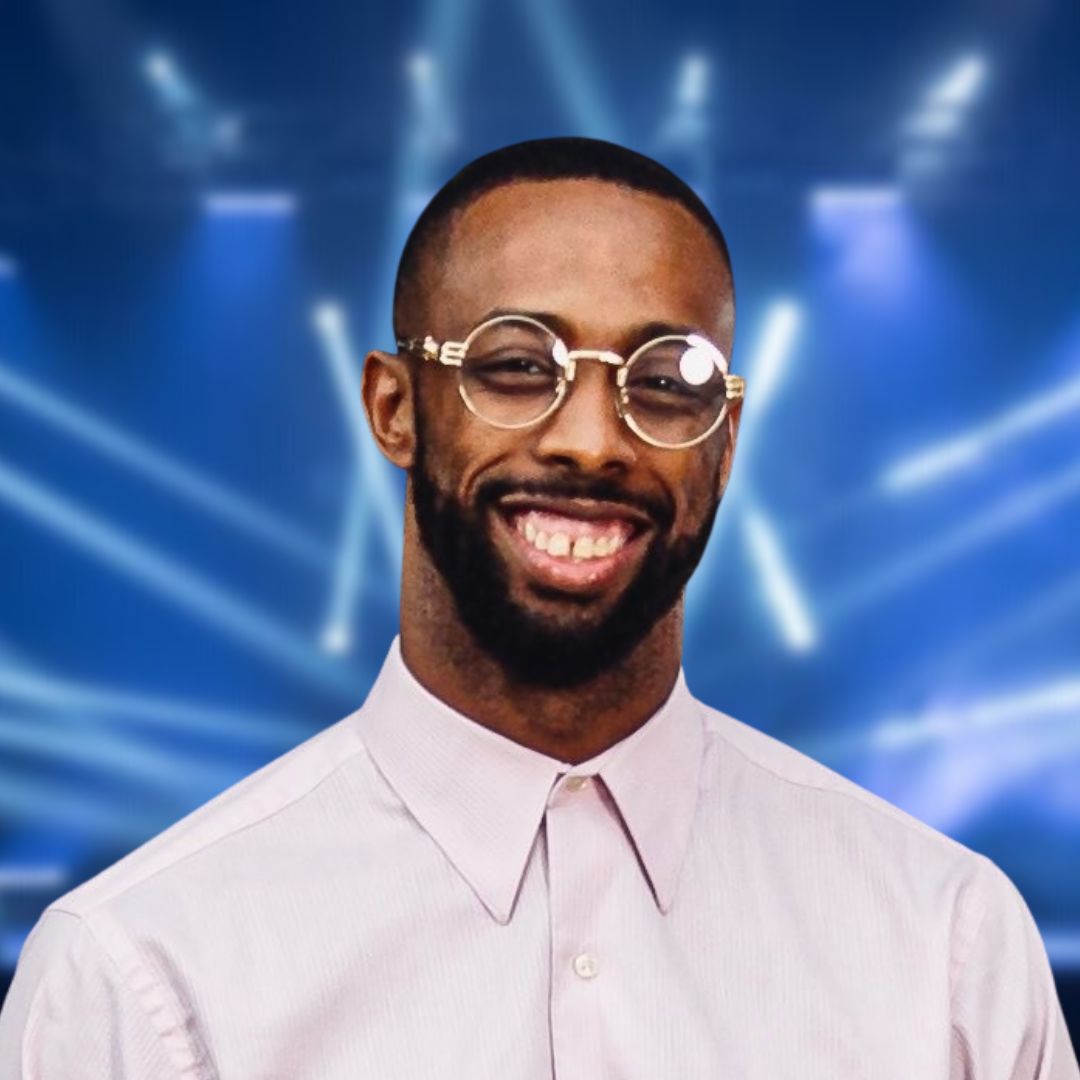 Dontae is a published author that has gone from working and hopping around the corporate gym system to owning his own training business, Built Different Fitness! He has gone from having many doors closed in his face in wrestling to breaking the glass ceiling, creating his own opportunities, and controlling his narrative. Dontae is also a public speaker and podcaster, bringing the “13th Floor Mindset” methodology to a function near you. In addition, he is a recording artist with albums on all music streaming platforms! 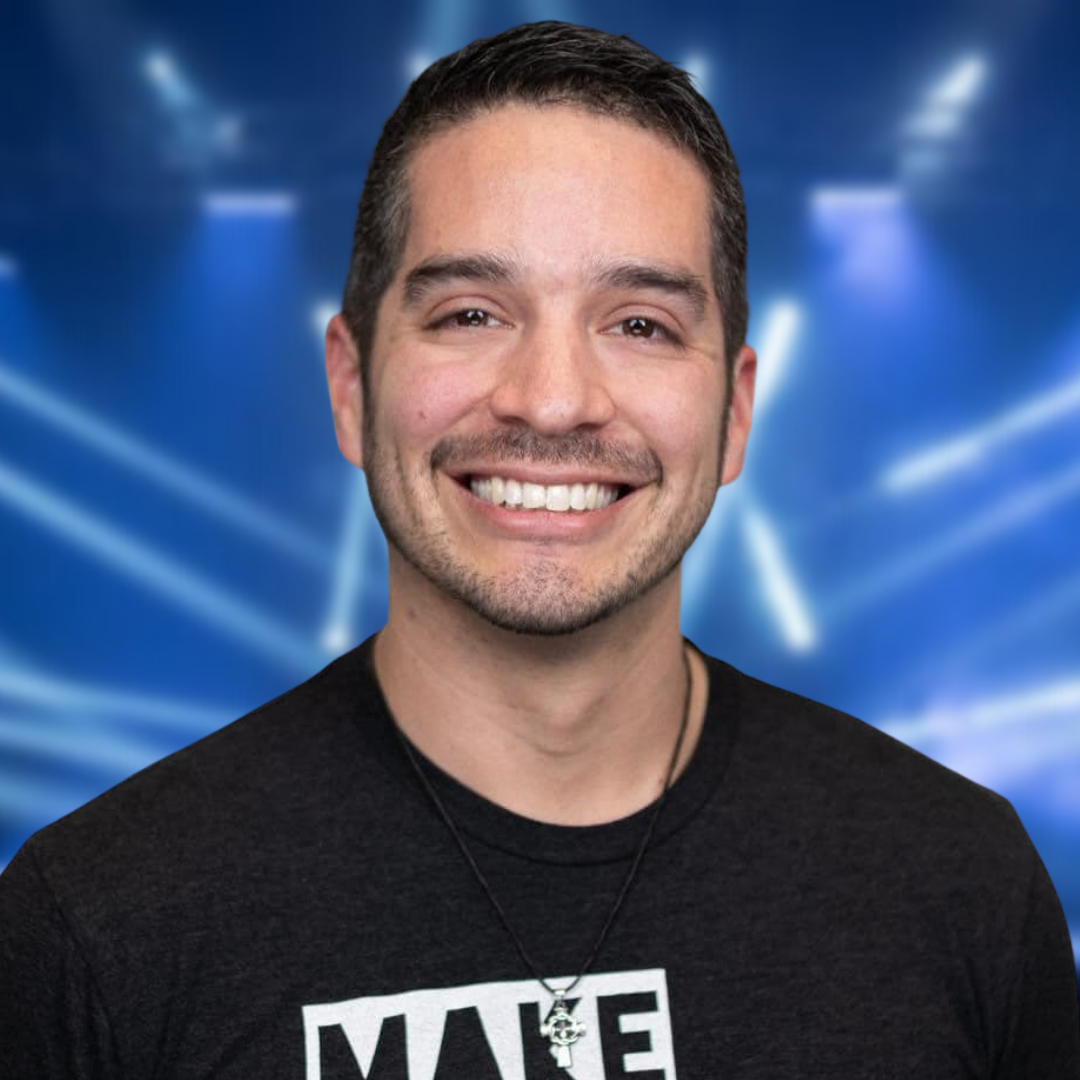 Since 2003, Marc “The Fitness Ninja” Zalmanoff has been helping people live happier, healthier lives through improved fitness, nutrition, and mindset.

Marc has a unique way of combining Stoic philosophy, an overly optimistic outlook on life, and a healthy dose of perspective, to make a positive impact on the world and the people around him.

He loves seeing and helping people live with passion, Make Good Choices, and do their part to Make America Fit Again! 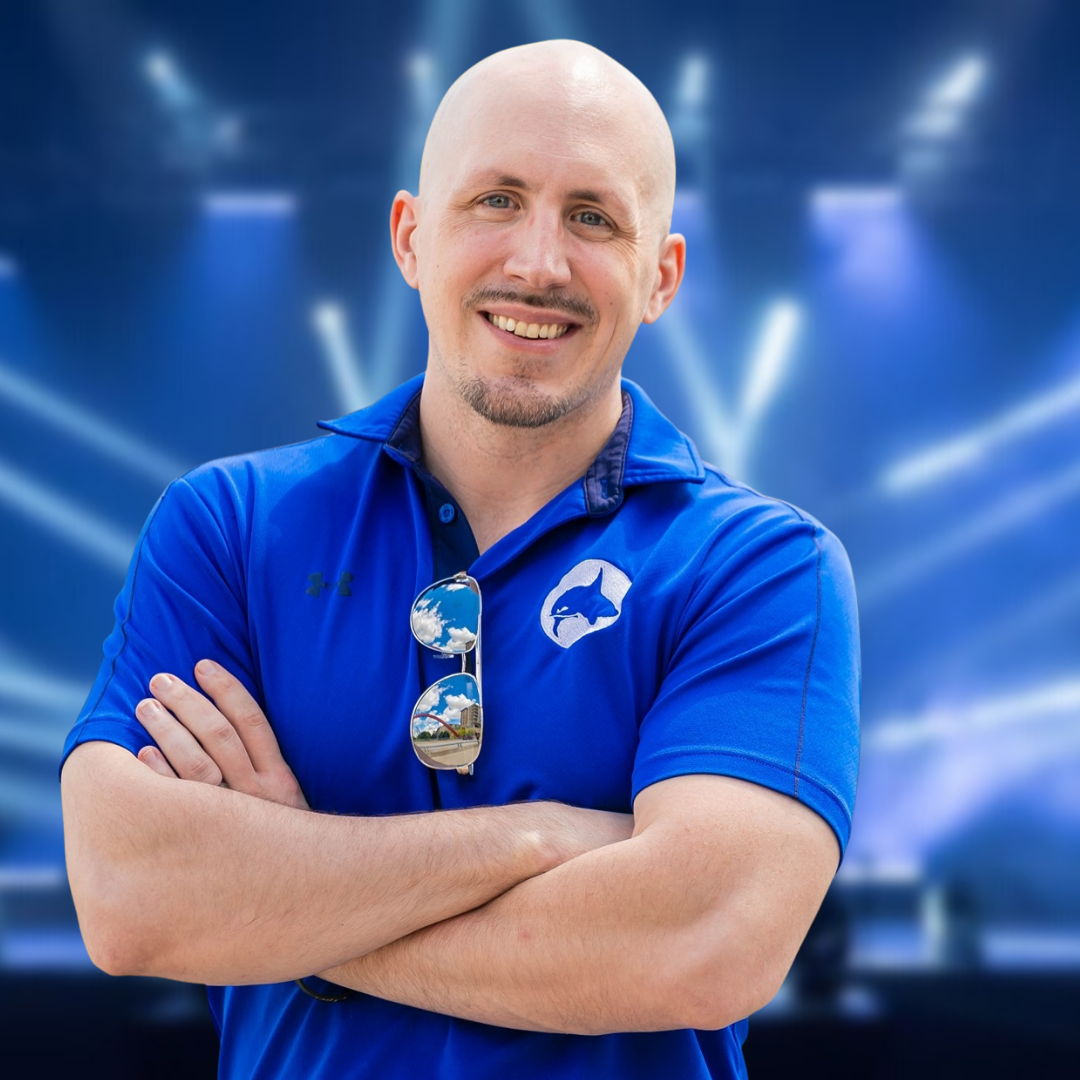 Co-Founder of Fit Pro Collective, Best Selling Author, Multi-Million Dollar Fitness Sales Producer, Apex Executive Coach, and Founder of The Go Get What You're Worth Movement

Jonathan has over 14 years of fitness industry experience, is a best-selling author, and is a Co-Host on the Real Talk With Real Fit Pros Podcast. Throughout his career, Jonathan has helped thousands of Fit Pros create Thriving careers and businesses in the fitness industry. He's also a loving husband, a soon to be father and lives in Dallas Texas 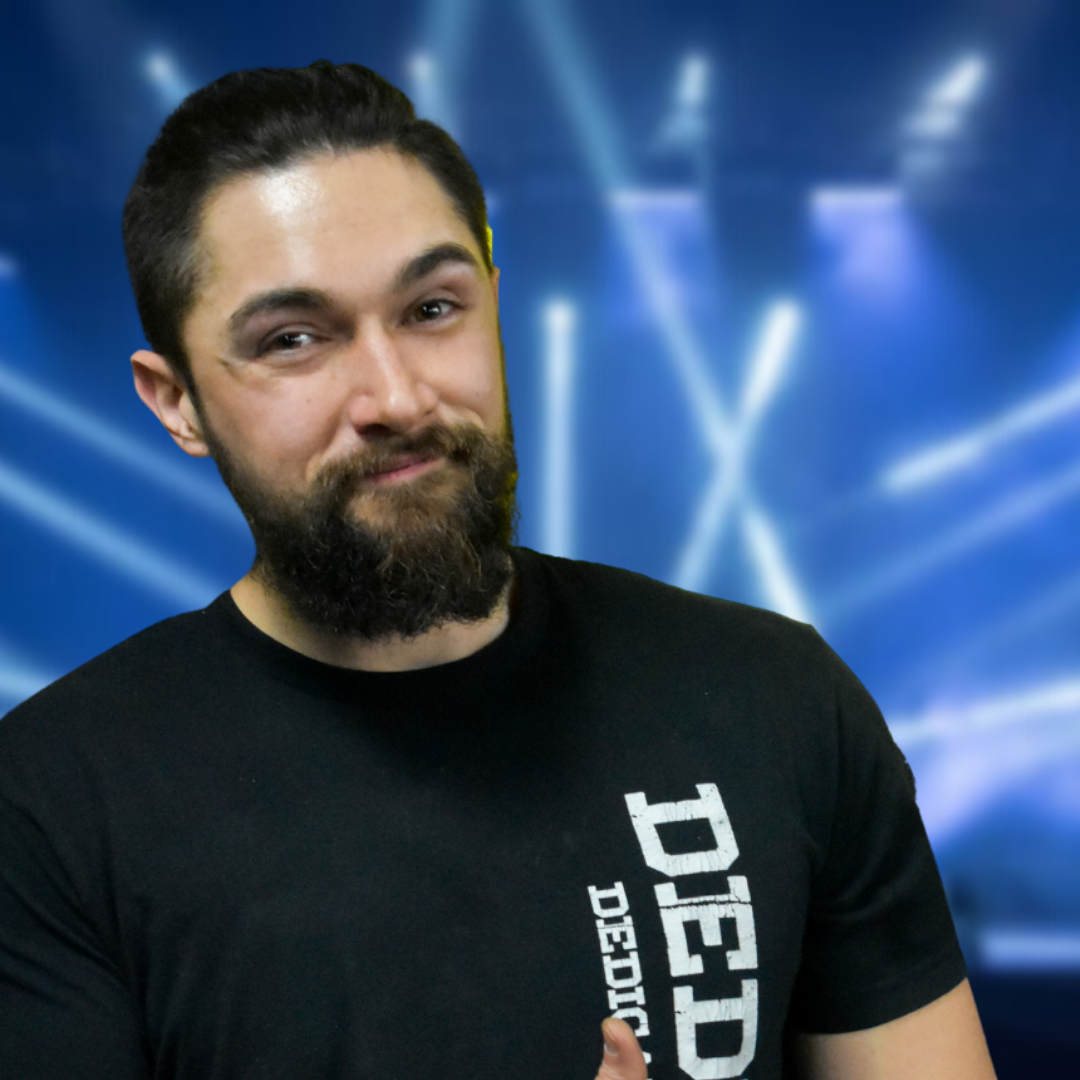 Josh Riggs went from working at Walmart and having a Personal Training side hustle to Owning multiple successful gyms in less than four years.

He has gone from working 5 am to 9 pm daily to being able to take multiple vacations every year.

This is all made possible by his ability to scale and master each role in the fitness industry and teach others to own that role.

He uses this skill to help Fit Pros as a Fit Pro Collective coach. He has helped several coaches scale their businesses in a way they can still enjoy their lives and make even more money than they did before. 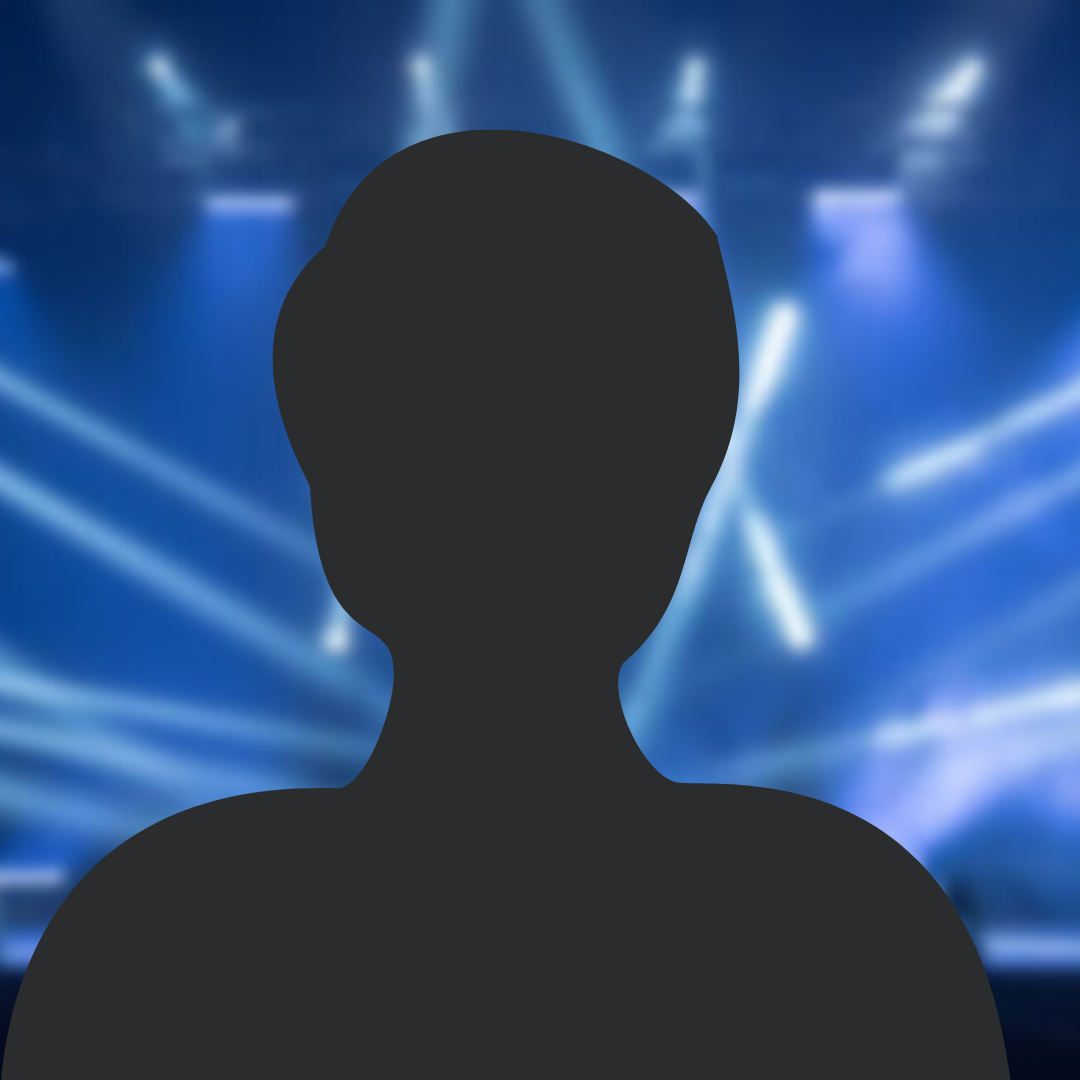 There will also be a few surprise special guests at the event! Stay tuned for more info! 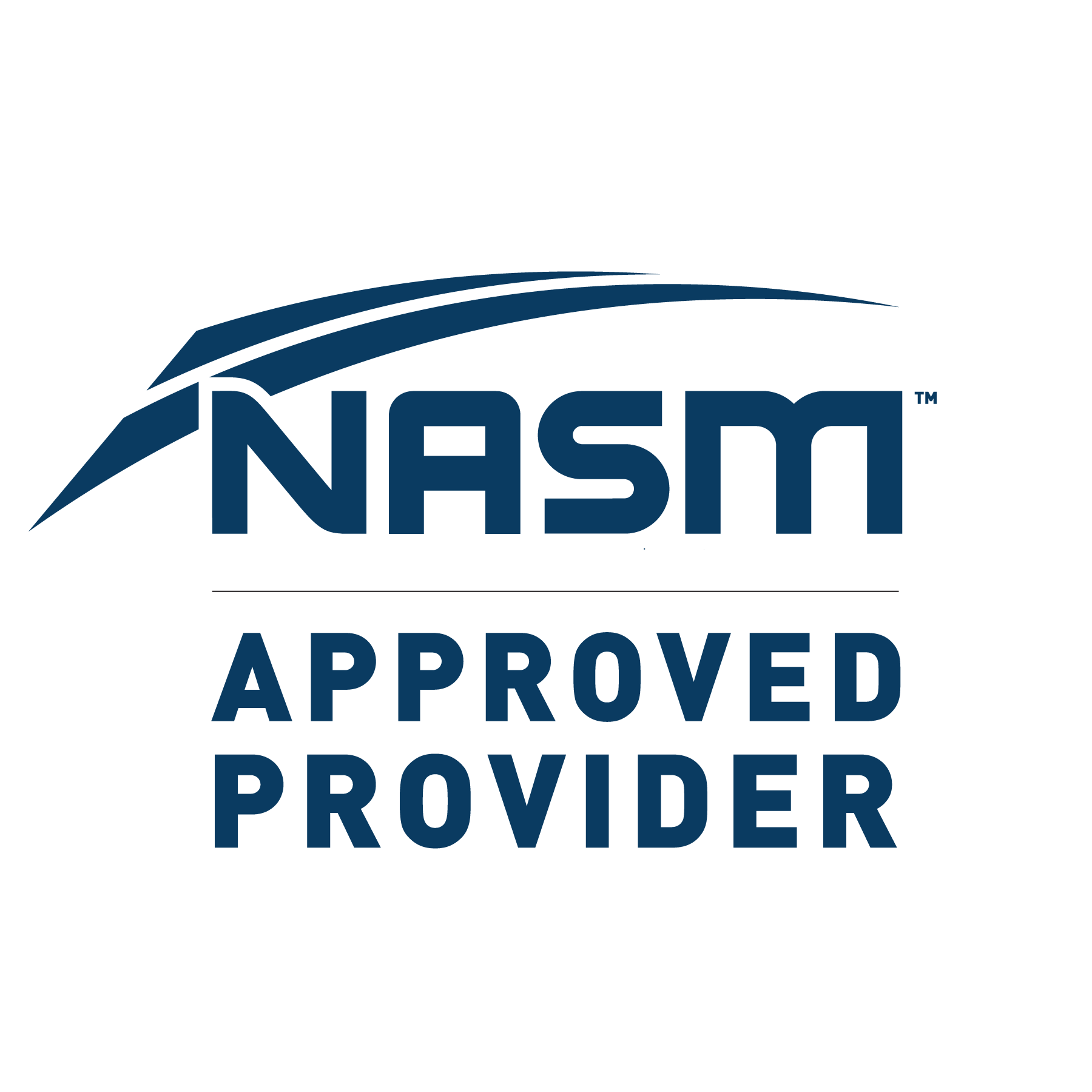 Earn all the CEU's You Need!

We have partnered with NASM to provide you with all of the CEUS you need to get recertified!

So get to learn how to get more clients and get a bonus for doing it!

In addition to the amazing benefits of attendance, our VIP ticket holders will also receive

Airport Info: Both DFW and Love Field are viable options

Host Hotel: Courtyard by Marriot Dallas Allen (other hotels are also close by)

Day 2: Courtyard by Marriot Dallas Allen, Doors open at 8am, event activities from 9a-5p, lunch provided for all attendees 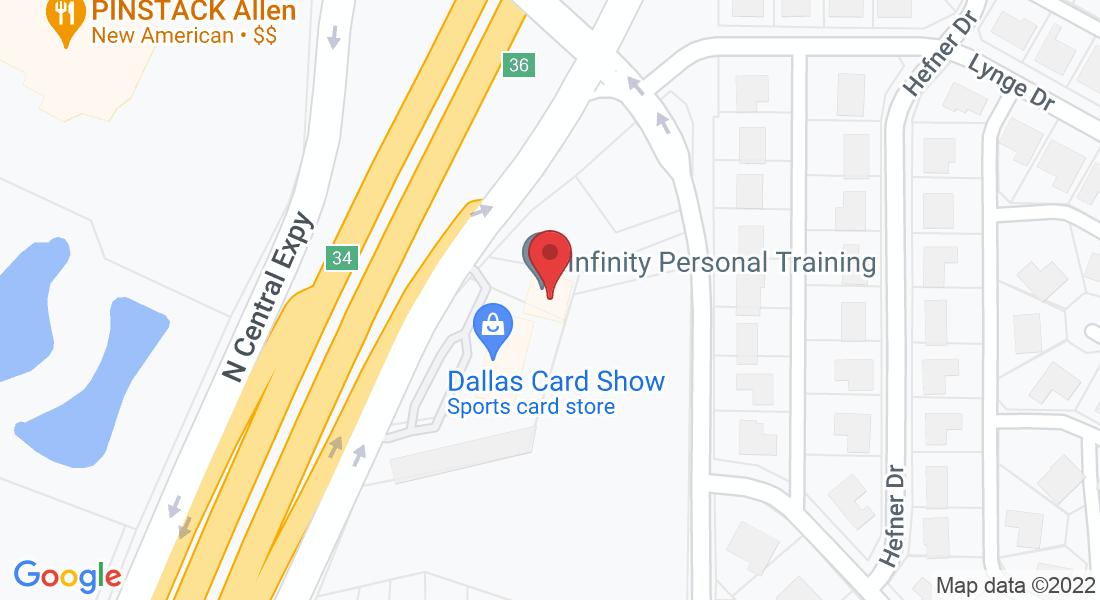 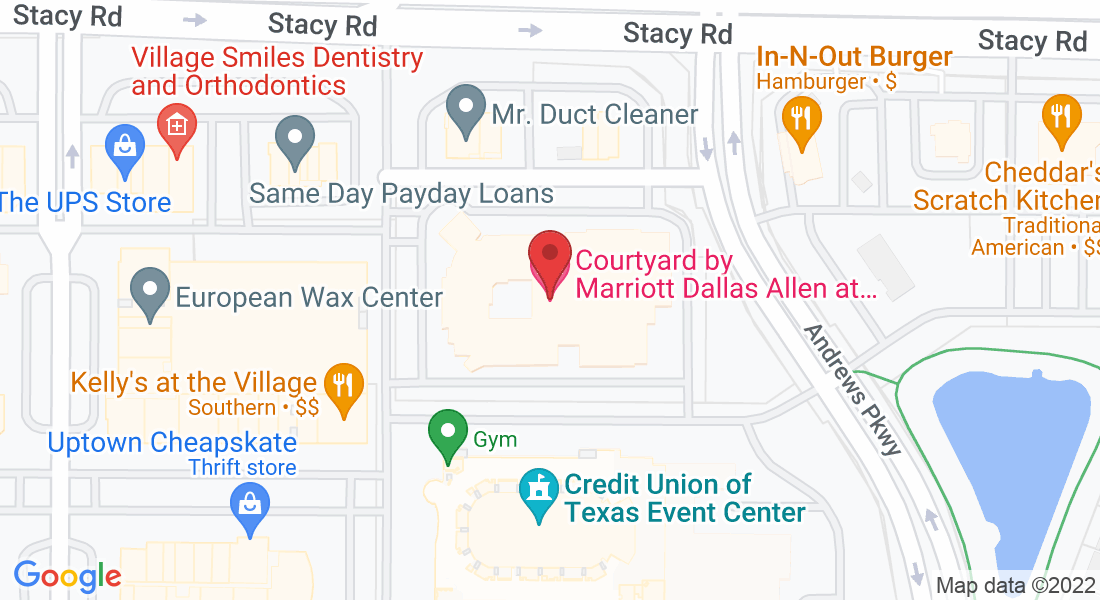